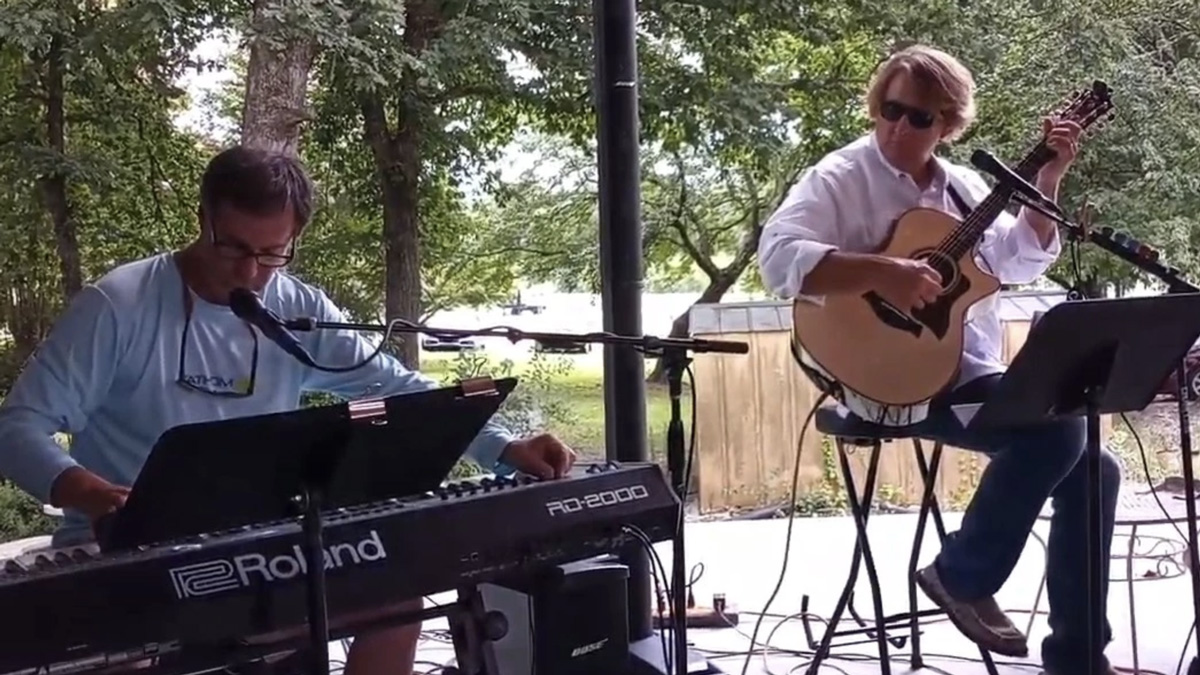 Started his musical journey at a young age. A native of Asheville, North Carolina (4th generation) he was exposed to the rich musical heritage of the mountains by way of his grandfather Ollan Payne. Ollan was a gifted musician and played the fiddle, banjo, guitar, mandolin, and piano, all by ear. David would sit on Ollan’s front porch and listen to his grandfather play “mountain tunes” for hours. He picked up a guitar at the age of 12 and began to play. He enjoyed music throughout his adolescence and played with his buddies in college but life moved on and the guitar began to gather dust. His love for music was rekindled several years ago when he picked up an old guitar. He played one song for the love of his life and she would not let him put it down. Since that time he has grown as a musician and singer. His musical philosophy is simple, play and sing songs that encourage people and uplift the spirit.

From a very young age, Falls was fed whatever music was playing over his father’s hi-fi stereo system – Usually classical, jazz, and easy listening. He started playing piano at age 7, later he had classical lessons and taught himself guitar at age 17. In high school, he was a member of the acapella singing group that recorded an album of spirituals as well as barbershop. Their arrangement of “The Star-Spangled Banner” was played at school events for over 20 years following. He has played music with his father and later was rhythm guitarist and frontman for a rock-n-roll group at UNC Chapel Hill, playing frat house and sororities. Much earlier, his mother, a schoolteacher, taught the younger siblings of James Taylor at Glenwood Elementary in Chapel Hill. He has written and recorded songs published on Soundcloud and produced a full-length CD of original songs entitled, The Last Rays Of The Sun in 2015.